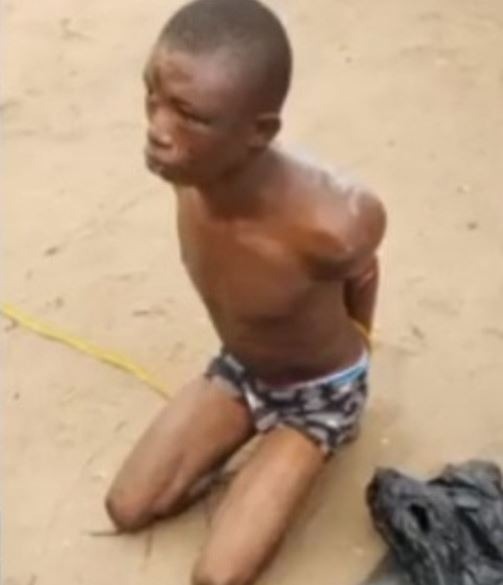 A physically challenged man has been arrested by operatives of ONELGA Security Peace and Advisory Council, OSPAC in possession of a fresh human head and hands in Rivers State.

The 23-year-old suspect identified as Chinedu Okoro was arrested on Saturday, January 15 in Omoku in Rivers State.

It was gathered that the operatives sighted the suspect with a bag and his movement seem suspicious. Upon interception, they discovered the head of an elderly woman and hands suspected to be hers too.

Immediately, the suspect was apprehended by the ONELGA  operatives and handed over to police.

Man Fixing His Eye Lashes Beaten To Pulp By Mob In...