Five suspects were paraded on Wednesday, November 10 after been arrested over alleged theft and destruction of properties of the Eastern port in Port Harcourt, the Rivers State Capital. HGS Media Plus gathered.

The suspects were paraded by Tami Peterside, the commissioner of police, Eastern Port command CP at the premises of the Nigeria Port Authority (NPA) in Port Harcourt.

The suspects were said to have been operating in the port for several months before they were trailed and caught during an operation in Bua area of the State.

It was revealed that the stolen items was worth N20 million.

However, the suspects denied the allegation and claimed that they were on the waters ways for totally different reasons.

The commissioner has said that the suspects would be prosecuted to serve as a warning to other criminals. 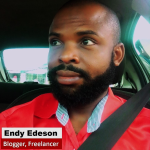 A lady has been caught while attempting to steal fabric from a fabric store in Lagos Island. According to the video shared online, the lady...
Read more
Crime

A video of a man being robbed off his phone at gunpoint while walking on a lonely road has been shared online. In the video,...
Read more

Effective Tips To Help Optimize Your Blog To Rank Better in...

Man Narrates How A Policeman Stole His Laptop And The Receipt...

Generator Thief Nabbed While Trying To Escape In IIorin (Photo)